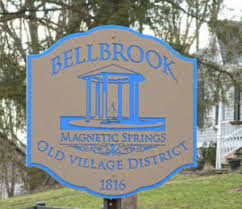 Bellbrook was not laid out until 1816, when Stephen Bell, Henry Opdyke James Clancy, owners of the land platted the village. The new town was given the name Bellbrook in honor of Stephen Bell. By 1832, Bellbrook residents desired to have the village incorporated. A petition was presented to the state legislature and approved. For more than 140 years, Bellbrook remained an incorporated village then in January 1974, the village became a city. A trip to Bellbrook was not complete until you visited Pennewitt Hardware, where you could purchase just about anything you needed, including an auto license plate. Bellbrook further boasts several parks, the Bellbrook Historical Museum, Pub Grub, Sugarcreek Bird Farm the Blueberry Caf. For more information/event schedules, please visit www.cityofbellbrook.org.